Like our work? Arrange a meeting with us at our office, We'll be happy to work with you!

We are always looking for new talents and we were expecting you. Time to apply, buddy!

Last Monday, I sat in my lounge watching the hedgehogs come and feed (as I usually do) when this little baby waddled up to the feeding bowl and started tucking in…

I had read several posts on social media asking people to weigh the hedgehogs that visit their gardens as they need to be at least 600g in October to be able to survive hibernation.

I looked that this little guy and thought he just seemed so small so I decided to get out the kitchen scales and weigh him to see… he clocked in at 250g! So I bought him inside, fed, watered and warmed up with a heat-pad and then phoned a rescue centre to ask what to do!

The rescue centre said that I did the right thing bringing him in, he’s called an Autumn Juvenile and was born too late in the season to be able to get up to weight by hibernation time so he would certainly die if left out in the cold. They told me that if he was healthy and I was up to the challenge, I could overwinter him and release him back into the wild in spring… so what to do!?

I’ve had the hoglets for a week and I’m pleased to say they are putting on weight every day, eating everything I give them and seem to love playing and snuggling with each other 🦔🦔🦔🦔

Last night two complete strangers donated a much larger pen for the babies so they can have a little more room to run around… so these lucky little guys are getting an upgrade today! 😀

I have used nail polish to mark a quill on each hoggy to help with ID, and they’re named for their colours so let me introduce Red, Blue, Grey & Teal 🤣 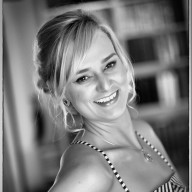